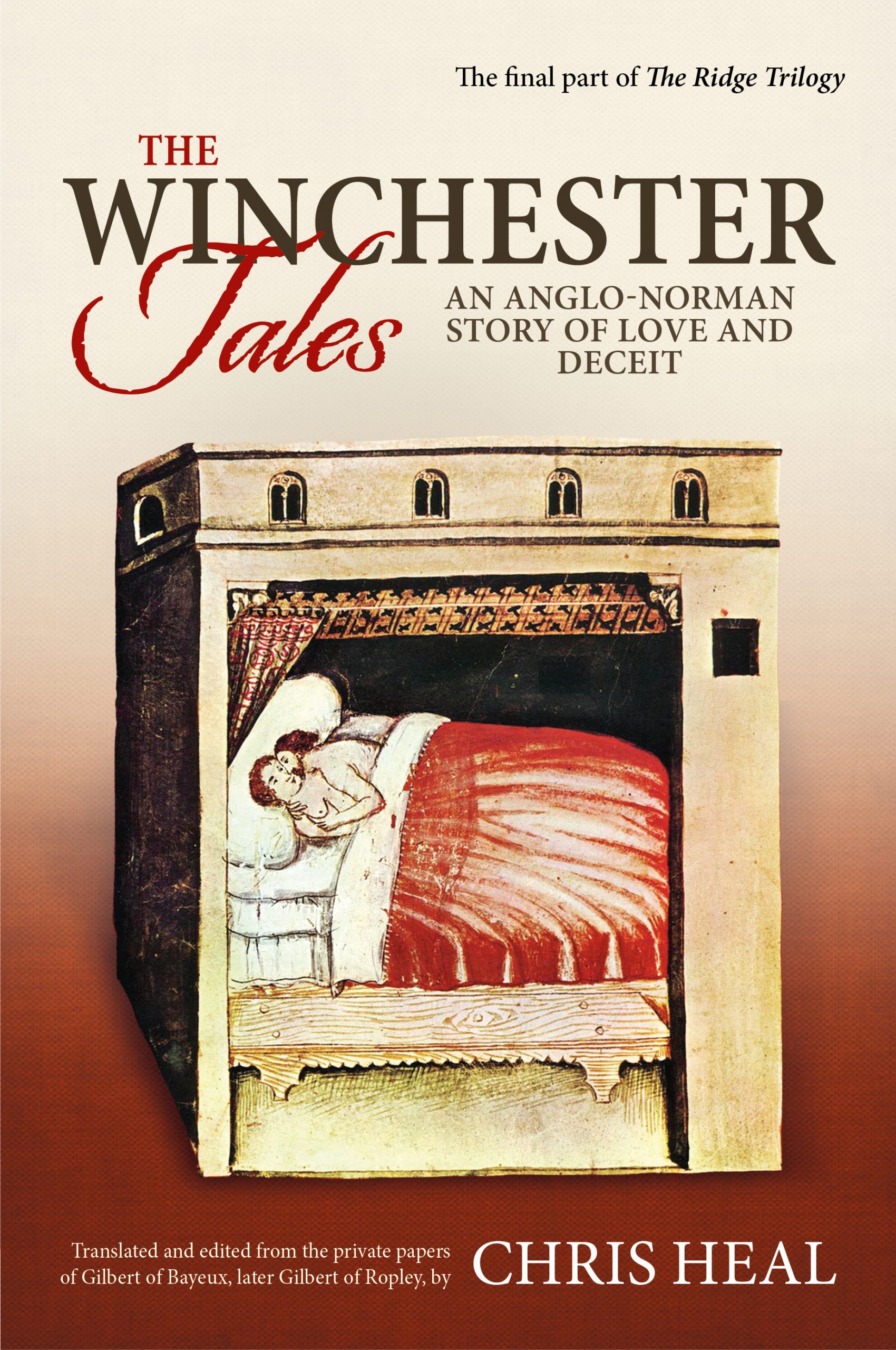 The Winchester Tales is now available for purchase from your choice of selected local stores, major bookshops and from internet retailers at a recommended retail price of £16.99. The book is the last of the independent stories which make up the Ridge Trilogy (The Four Marks Murders and Ropley’s Legacy)

Gilbert of Bayeux’s manuscript was discovered in 2021 wound in some scraps of early rent rolls in a chest in the attic of a private house in Ropley in Hampshire. The manuscript contains sixty-seven sheets of calf skin of varying sizes all but three covered in Gilbert’s meticulous handwriting. The text was written in Latin, Norman French and, towards the end, in Anglo-Saxon.

Gilbert’s story is remarkable. It begins about 1050 with his early life in Bayeux as an orphan kitchen servant of Odo, bishop of that city. Gilbert’s organisational and language skills saw him lead the distribution of the loot delivered to Normandy after the invasion of 1066. He was called to England in the next year to form part of the new Norman administration in Winchester. His first task was to speed the transfer of English land to the control of the new masters. Almost always an outsider, he nevertheless witnessed or took part in many of the great local events of the Norman era including, for instance, the making of the Bayeux Tapestry and the production of the Domesday Book. Gilbert met most of the new aristocracy as his own views were increasingly tested. During this time, he also found the great love of his life, Ailgifu, a Saxon mead seller of Medstead and a women of decidedly independent and English opinions.

Also in 2020, Heal wrote ‘The Four Marks Murders’ as a 100th birthday present for his mother at her request. It told of twenty carefully researched and almost always true murders. The book became a local bestseller with 1,500 copies sold. Heal has followed up his contribution to local history with two further books combined as ‘The Ridge Trilogy’:

Ropley’s Legacy, 2021, was backed by a financial grant from the Hampshire Archives Trust. It tells the disturbing history of the forced enclosure of common land by unscrupulous landowners and avaricious local clergy. The effect on the lives of the agricultural workforce was devastating and permanent.

In The Winchester Tales, 2022, Gilbert of Bayeux, orphan, a young, natural administrator and brilliant linguist, is called to Winchester from Normandy to oversee the theft of lands from the families of the English who fell at Hastings. He finds his Lord, bishop Odo, the new king’s half-brother, is the most greedy and devious of all the invaders.