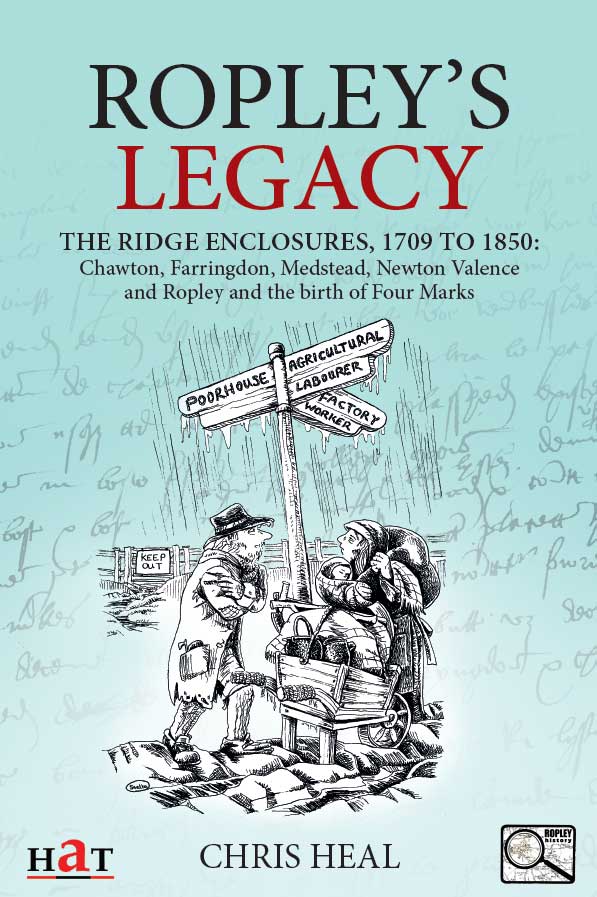 Ropley’s Legacy has been released for internet sale. Also available directly from:

The very first private parliamentary enclosure in England was in 1709 in Ropley. Driven by the bishop of Winchester, it was a highly contested land grab seeking to make money by taking control of the common fields. Over 150 years, the government sanctioned theft spread to all the neighbouring ridge villages.

Driven by greed and by debts from the ‘South Sea Bubble’, the county’s richest and most powerful men used wage and rent control, repressive game laws and rigged courts to get their way. The response was unexpected and threatened the core of society: venison raids by armed, black-faced men against church, gentry and the crown, Hampshire smugglers to the fore, food riots and local men paid to form regiments to back the invasion of the Stuart pretenders.

The establishment responded with England’s most vicious piece of legislation, the Black Act, stationed troops in Farnham and used forced labour, evictions, transportation and hangings. Ropley’s Legacy is a history of small battles all won by unscrupulous and determined landowners and lost by voiceless labouring families.