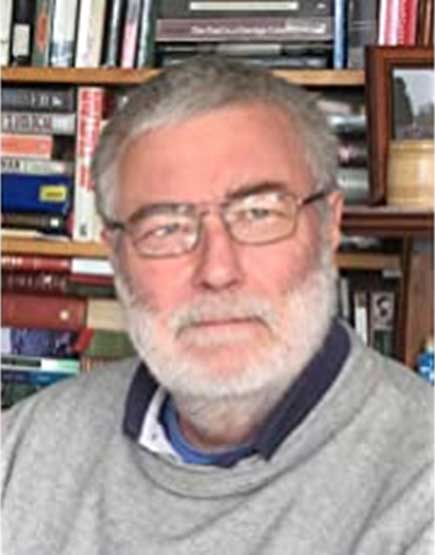 Chris Heal completed his PhD at Bristol University in 2012 when he was sixty-five-years-old. His reconstruction of almost 500 years of the Avon felt hat industry received many awards and was reviewed as ‘first-rate, well-written with immensely impressive scholarship’.

He published ‘Sound of Hunger’ in 2018, an acclaimed social biography of the lives of two brothers, WW1 u-boat captains, set against Germany’s political and militaristic development from Bismarck to Hitler. His researches led him to rediscover the wreck of UC-61 under the sand on the beach at Wissant, south of Calais, and to reintroduce its history in a packed conference to the village’s inhabitants. He also found, interviewed and reunited the brothers’ families in Bavaria and the United States.

A semi-fictional autobiography, ‘Disappearing’, was published in 2019. It tells of a ‘bolshy pensioner with a mission’ in a slow-burner of covert information, rebellion, escapism, and a high body count. Set in today’s world, a man in later years is upset by his life experiences and decides on a great experiment: to disappear. The security community called his methods ‘subversive’ and tried hard to ban the book.

‘Reappearing’, the sequel to ‘Disappearing’, was published in 2020. Heal’s imagined last journey until 2024 takes him through the decline of the French empire, the terror of Islamic insurgency and the modern African slave trade. His nomadic life leads him to places he really shouldn’t visit; meeting people it’s best not to know. All the time, he follows clues that might lead him to his unknown father, fearful of what he might find. This is an intelligent detective story, wrapped up in a global travel adventure and set against the background of twentieth century history. ‘Reappearing’ is also a scary prophesy of everyone’s near future when the Chinese government decides to take control.

Also in 2020, Heal wrote ‘The Four Marks Murders’ as a 100th birthday present for his mother at her request. It told of twenty carefully researched and almost always true murders. The book became a local bestseller with a thousand copies sold in the Hampshire village alone. Heal has followed up his contribution to local history with his latest book, ‘Ropley’s Legacy’ due for release in November 2021. Backed by a financial grant from the Hampshire Archives Trust, it tells the disturbing story of the enclosure of common land by unscrupulous landowners and the resulting devastation to the lives of the agricultural workforce.