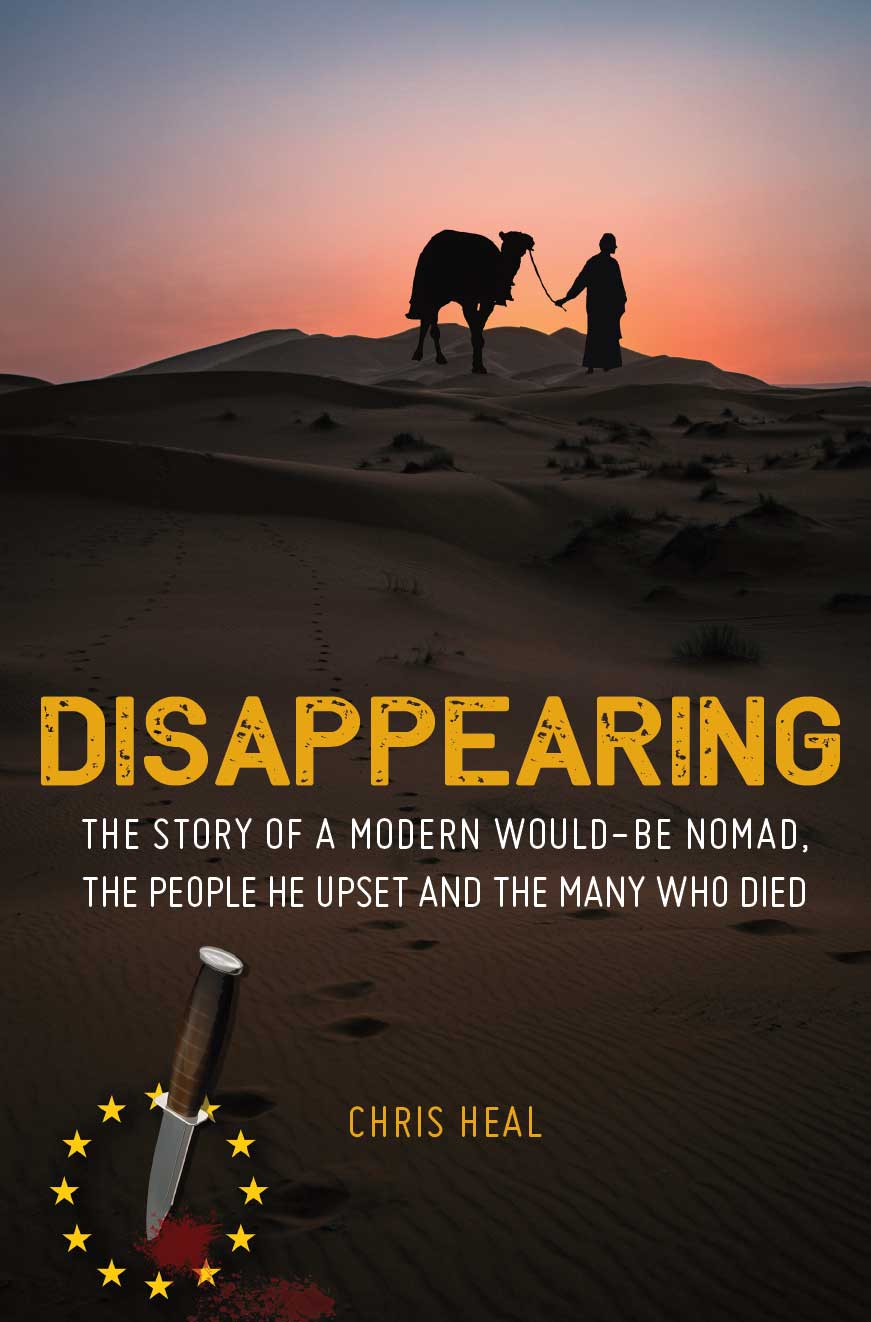 A modern-day nomad with many names. A violent past. Infuriated by petty bureaucracy and the surveillance society. Determined to throw off identity and to disappear. Wanted by many people including the European Union for political murder. The body count rises. The chase is on.

Chris Heal, one of many adopted names, wrote Disappearing, an almost-always-true autobiography, to try to save his life. On the run, north of Timbuktu, it looks like it didn’t work. The book responds to the columnist Juliet Samuel who called for the ‘corrective of a modern Don Quixote, a bolshy pensioner with a mission’ and to T S Eliot, ‘Old men ought to be explorers’.

Set in today’s world, the protagonist, a man in later years, is so upset by his life experiences, the casual death which follows him, his constant brushes with bureaucracy, predatory business, the political establishment and the surveillance culture, that he decides on a great experiment: through careful and sometimes illegal planning, can he rid himself of his identity? When the times comes can he just get up and go, travel and not be found?

This a subversive book that should not receive the breath of publicity. Among other crimes, one can learn how to kill silently, dispose of bodies, hotwire a car, make a Molotov cocktail, fraudulently extract a pension without tax, and evade mechanical and electronic surveillance. These are skills best kept within the purview of government agencies.

The author is taunting us with his knowledge of the unsolved murders of Juncker and Selmayr. This was a wicked crime; we are dealing with an amoral, calculating mass murderer. Whether alive or not, he should be investigated and brought to book in name or in person.

Heal views the European Union as a wicked organisation, but there is no doubt that he is a celebrant of European culture. Squaring the circle that he inhabits is fundamental to the success of the federal project.

I assumed that most of this book was fantasy, but the facts check out. I sensed that the author had been there, from rock climbing to Van Gogh, from flamenco to the Biafran war, from begging in Winchester to travelling through the Sahara. I now think much of the story may be true. It could even mostly be true.

Surveillance officer, The Security Service, charged with finding the author

The book explains how an individual can divest themselves of identity, go off grid and use terrorist-supporting Hawala to move money. Heal’s success is a direct threat to our banking system and a danger to Western civilisation.